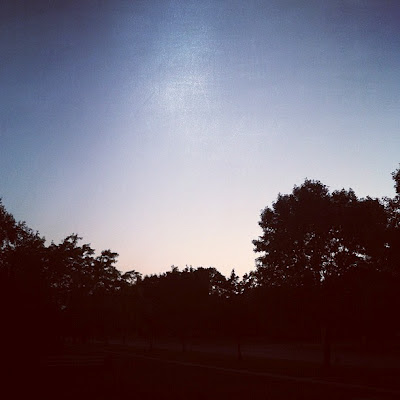 I am writing this during a time of musical worship led by great friends of mine. That is an important caveat for what is to follow.
I can’t connect to it. Why? Am I too far gone into some long suffering plot of doubt and questions? I don’t know. But here’s my best attempt at understanding it.
We are singing a song that repeats the line “the Great I Am”, and that is the line that gives me pause. What did God mean when He named Himself “nameless”, the I Am, the Existent One. In difference to the pagan deities who claimed for themselves extravagant titles, the God of Israel declined to name Himself. Instead, He claimed that He was existence itself. Names cannot contain His being, so He declined to select one.
So then, what’s wrong with an arbitrary selection of a title so that we can talk about God? Likely nothing. However, I understand it to be indicative of an absence in our worship, or perhaps a miss-direction. I think we have mistaken the Form of God’s name for God’s name itself. I think that God applies the meaning to a word about Himself, and when we worship the word instead of the source of the meaning that the word points to we are engaging in idolatry.
I finally have more questions than answers. Have I confused the form that God has given me to engage Him with God Himself? Am I worshiping a word and calling it God instead of understanding that God has given no such name for Himself so that I would understand His all encompassing power and the inability of our faculties to comprehend Him? Do I exchange God for the forms and patterns of His interaction with me? Probably.
Yet there is an other side of this equation. Life is patterns of living cells. The cellular make-up of my genetic “code” do not exist as isolated individuals but a complex pattern of life that combines to make more life. And even though those cells do not disappear when I die (although they may change form), I, as an existential reality, have ceased to be because the pattern that caused me has ceased to be. By extension, is God a pattern, or a philosophical reality? Is worshipping the pattern of God really worshipping God Himself? I confess I do not know, and it is entirely likely that I never will. This is why Grace is the greatest meaning that I can think of. Though I try my best to understand, I never will. Yet this is precisely the point. I can’t understand, and I will almost inevitably always be wrong, but for whatever reason God still extends His grace to me, forgiving and bearing with my foibles and failures.
I may never be comfortable in a contemporary worship service. Grace isn’t an excuse to do something that I know to be wrong. But as I have no other option at the moment, I choose community over isolation. Even though I have my reservations and doubts as to the validity of what perhaps amounts to idolatry, I will continue to live with my fellow human beings and identify with Christ’s body, as flawed as it may be.
Posted in Worship