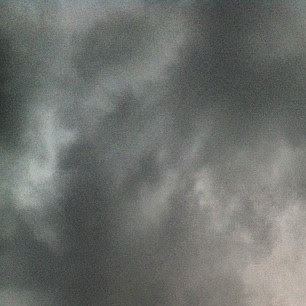 Today I’ve read two completely separate and yet quite related stories, and both fill my heart with overwhelming sadness, grief upon grief.

In Sandy Hook, CT today, someone shot and killed 27 people. 18 of them were elementary school children. Words cannot express the horro, the tragedy of this episode, which, as detail emerge, is proving to be one of the darkest hours of American history. I cannot even fathom how someone can arrive at a place where killing scores of children is even considerable.
And of course, the very first set of comments on the article in the Washington Post launch into gun control as if it’s the bass-ackwards gospel of salvation. If we didn’t have guns this wouldn’t have happened. And while I can see that there is considerable truth to this, an article I read just minutes before I read about the Sandy Hook tragedy sets this logic on its ear.
In Chenpeng Village of Henan province, China, a villager slashed 22 children with a knife. China is a country with extremely strict gun control laws: generally citizens are not allowed to possess them. Yet more children were slashed in Chenpeng than were shot in Sandy Hook.
The facts are obvious, and more profoundly chilling than gun control activists would care to accept. It isn’t the guns, it isn’t the knives, it is the people who use them. If we denied access to guns in the US like China does, people would find a way to kill without them. A knife is just as horrendous as a gun, just less sterile. And a rock or a stick is less sterile yet. Regulation of firearms, knives, rocks or sticks isn’t going to change the character of a person. It just dictates what means are used to carry out the atrocity.
What of a culture of violence? What of a culture dedicated to the ideal of war and bloodshed? How much does the pervasive use of violent video games and movies influence this cultural ethos? And yet it seems so base, so ingrained in even the way I think and react.
Tonight I’m going to see the Hobbit. I expect to see violence, bad guys getting chopped up, some orc blood splattered onto the screen, etc. And I’m going to like it. Why? What is this in me?
I can only say then that it is not the weapons used, or even entirely the culture that foments their use, but something base within the essence of the people who use them. In me, in you. I think there is a word for this: sin.
Posted in Social Observations