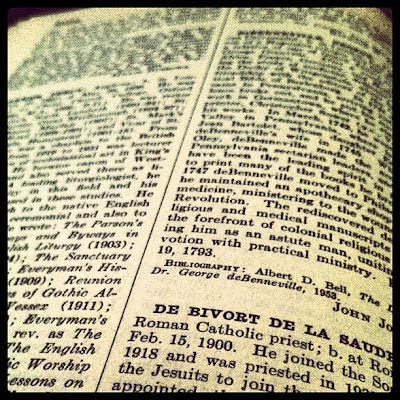 I’ve been troubled lately by the way in which we bandy around the terms “Serving God” and “Giving Glory to God”. Such terms lie at the core of Christian practice, but are largely undefined by the Christian community, leading one to ask “How do I serve and give glory to God?”

There seem to be two points of departure for these expressions that I want to explore. I’m going to start with the idea of serving God.

When this criterion is applied to God, I am instantly aware of the fact that I cannot meet God’s needs. Beyond that, it seems presumptuous to assume that God even has needs. So then, when we read in the Scriptures of serving God (Ps. 2, Rom. 12, Eph. 6, Josh. 24, etc), we tend to assume something of the meaning of service and seldom deign to linger on the question. The assumption I grew up with was that serving God meant not sinning (“…Keeping oneself unstained by the world” Js. 1:29b), and living a morally pure life.

This understanding is still, I believe, correct, as I understand that the Bible affirms this as part of serving God. But it is not the complete picture of how we serve God, as the Bible makes it perfectly clear that more is at stake here. Pervasive throughout both Older and Newer Testaments is the repeated emphasis on serving other people and taking care of their needs (James, Micah, the Torah, The Gospels, etc).

This then reveals that in order to fully serve God we need to serve other people as well as avoiding sinful living (Matt 7 – “What you have done to the least of these you have done to me”).

The second part of the question pertains to giving glory to God, and is similar to the idea of serving God, but it has as its point of departure an assumed value of words. What I mean by this is that when I think of giving glory to God, I immediately think of someone doing something great and then saying “I’m giving all the glory to God”. This is, I think, okay and fine, but I don’t think it actually gives glory to God, but instead increases the glory of the person saying it. This is because simply saying “I give all the glory to God” doesn’t actually do what it claims to do, and as such is a lie unless accompanied by the corresponding action. In fact, the person saying it is often lauded for being so humble and righteous, thus increasing the glory of the person.

So then, if simply saying that we glorify God is not actually glorifying to Him, how then do we do so? Again, it ties back into the fundamental reality of God in Christ in humanity. God chooses to work through people, and if you achieve something great, or have your financial need miraculously met, there was always someone else involved in the process. Someone instilled in you the desire for excellence, or someone sacrificed some financial security to meet your need. Nothing comes from nowhere, but always from somewhere and as the result of many factors.

Now then, going back to my first point about serving other people, giving glory to God is recognizing the ways in which He works. If you want to truly glorify God, thank the people He used to bring about whatever it is you’re thanking Him for. “What you have done to the least of these you have done to me”. This doesn’t mean neglecting God in the realm of recognition, it means being for what God is for: His glory in His creation. And the crown jewel of that creation is people. Glorifying and serving God means being for people and using your abilities and talents to serve them.

Now let me give this some teeth. If we only go half way in this, or if we remain as we are currently, trying to serve God through moral purity and glorifying Him with the power of words alone, we are sinning. All good lies have half an ounce of truth in them. Doing half the job and not the full job is the same as not doing it. The serpent’s temptation in the Garden in Genesis 3 contained some truth, but in the end that small truth was a big lie. The origin of sin involves half truths, and in the same way our half obedience results in complete failure.