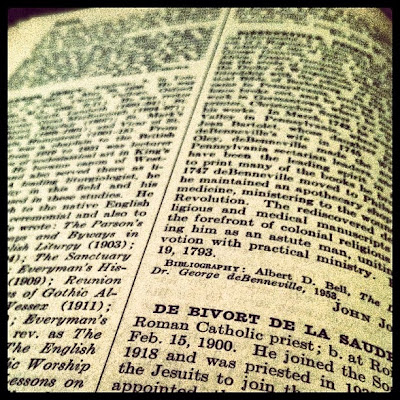 I woke up this morning thinking about politics. A heinous admission, I know. I must have been dreaming about the immanent collapse of the “free world” or something like that. Anyway, as I was going about my morning routine, I started thinking about what is, at bottom, wrong with our present political system. A small topic, I know. And one that I am woefully uninformed about. So I cannot argue political theories here, since I do not know or understand them. Instead, I want to look at this from a theological perspective – as a Christian.

Here is my assumption: the health of any society can be determined not by how rich their rich are, but how poor their poor are. It doesn’t matter how much money we have, but where that money is spent.

This sounds like the rhetoric of a certain political party, and I do not mean it as such. In fact, I don’t think that party cares about the poor at all. They just like to sound like they do. The other side of the aisle, well, they’ve given up even pretending to care about the poor, even if they, down real deep, believe that their system will actually help the poor.

What is funny is how Christians fall into these categories. I grew up in the latter, which, experience has told me, is predominantly white (as am I) and rural. The former is predominantly non-white and urban. Both have Christians.

I’ve heard many well meaning Christian leaders and pastors explain how their particular party is the most closely aligned with Christian principles, or with systems that enable Christian values to be lived out, etc. But I don’t buy it. And I don’t buy it because neither one can ever answer honestly in response to Matthew 25:31-46.

In Matthew 25:31-46 Jesus explains what will happen at the end of the age. He says that he will gather all the people of the world to be judged, and that he will separate them “as one separates sheep from goats” (32). The sheep will be welcomed into the kingdom of heaven. Why? because they cared for the poor, the oppressed and the afflicted. The goats, on the other hand, will be put out of the kingdom on the basis of the exact same criteria that the sheep were let in; they didn’t care for the poor, the oppressed and the afflicted.

And in case you were wondering how this has anything to do with politics, if you read the surrounding passages, you will see that it has everything to do with politics. The notion that Jesus was apolitical arose in Enlightenment Germany, around the same time as the idea of private and public sectors. Jesus was killed as an insurrectionist-that’s what crucifixion was. His teachings and method of living into the Kingdom were counter to the way of Rome that the leaders of his people had adopted. His call to obedience was holistic-including political. But the foundation of his politics was care for the poor and needy. And not just sentimental emoting on their behalf, but actual care- “go, sell all you have and give to the poor, and come, follow me” (Mt. 19:21).

Now, there is a very good and honest push back to this suggestion that you are surely thinking of- Matthew 26:6-13. This is the story of Jesus’ anointing, where a woman comes into the room where he and the disciples are eating and pours a years wages worth of oil onto him anointing him as king/for burial.The disciples, of course having just heard chapter 25, are indignant-“this could have been sold and the money given to the poor” (9). Jesus’ response completely cuts through any chance I had at moralizing the issue with easy, universal slogans: “You will always have the poor with you, but you will not always have me with you” (11).

I have heard this passage used to refute the sort of platform chapter 25 affords me, and I think the refutation is valid. But only from a distance. When we actually look at what Jesus says in 26 and what the bible itself is saying in this passage following closely (ish) on the heels of 25 we see that Jesus has cut out our many easy approaches to caring for the poor. First, he has not dismissed giving to the poor as less than giving to him; he has affirmed giving to the poor (you will always have the poor with you), but has shown that this is not encompassed by giving them money. Second, he has affirmed that “the earth and its abundance are the Lord’s!” (1 Cor. 10:26), and within that reality there is space for “waste,” especially for wasting on God (I mean waste here to mean giving something that is valuable in another capacity for the enjoyment of others). Third, He makes the point that this is a limited opportunity to honor him, as he is leaving soon, making this a singular and particular act. Finally, when taken as a whole these two stories demonstrate what is at stake in caring for the poor. It is not enough to give them money, although we should do that. Instead, Jesus is saying that our entire political system should be built on the value of the least: the poor, the orphans, the widows. This system cannot come at the expense of the Gospel (see what Jesus says the woman had done in 26:13) but is instead an inextricable part of it.

What it all comes down to for me is this, as a Christian, a disciple of Jesus (or whatever other cute term you prefer), I cannot support a political system that does not make care for the poor the primary priority. If I were ever going to run for public office, I would do so on a platform of caring for the poor (combination private/public sectors creating opportunities for jobs, housing, mental health and counseling for homeless and impoverished) not by giving handouts but by enacting laws and policies that enable them to be cared for holistically, and by encouraging programs and people that come alongside those who are marginalized and care for them. This is, at base, why I am not a Republican or Democrat: because neither makes the least their priority. And this is what Jesus says his kingdom is; making the least the first.