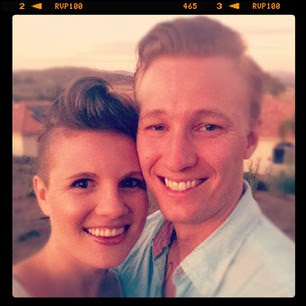 The whole issue of Gender and Gender Roles is so inextricably tied to self identity that there is no wonder that it is a sensitive topic. At some point close to our existential core we feel the need to identify with a Gender.

This becomes problematic when we identify with a Gender that is not what society assigns to us. Whether we like it or not we are not born entirely free; we are born into a set of assumptions and expectations for what we will be and become.

Further complicating the issue is that social expectations are not static, but are dynamic and fluid in nature, changing from place to place and time to time. This means that what may be a social expectation for a specific gender in one place may not be the expectation in another.

This becomes even further complicated by the fact that technological advances allow us to see what the social expectations of gender are in other parts of the country, and even the world. This then reveals that expectations and norms develop at varying speeds depending on innumerable external factors, such as information sharing, points of origin, religious affiliation, etc.

Now that the web has been illuminated, allow me a few words to try to make sense of it, and help point to a better way of operating within this world we live in:

First, we need to understand that our expectations on Gender are not a static, timeless, universal reality but are in fact tied inextricably to our context and the myriad factors that created such. In fact, the expectations on Genders have changed remarkably in the US while I’ve been alive, so much so that people identifying with the female gender are now the primary breadwinners for American families. This means that social norms are changing during my lifetime, but not everywhere. Today, I am at home while my wife is working. I’m doing the laundry, cleaning the bathroom, making the bed, doing the dishes. This was the Gender expectation for women when I was younger, but not now and not here. This then leads to my second idea:

Gender roles change. Then change back again. Right now, my wife is the breadwinner for our family. But in the future, she wants to stay home and raise our family. Then our current Gender roles would be reversed. I think one of the follies of talking about Gender roles is that we assume they are unchanging and universal. That just isn’t the case. Nor should it be.

Now to my third idea.
Awareness of the variances of life. Know that the way I understand the world, or even the bible, is not the only way, and while I need to be faithful to my convictions, I also need to acknowledge that as a sinful human being I do not have a corner on God or on truth. I could be wrong entirely! And so could you. That is why we truly need to rely on grace, and extend grace to others. For people who identify with a different gender than what is assigned to them, the loss of identity is compounded exponentially by people who harass and condemn them as “weird” or “depraved”. Have we no compassion? No one chooses to have an identity crisis, especially one as significant as Gender!