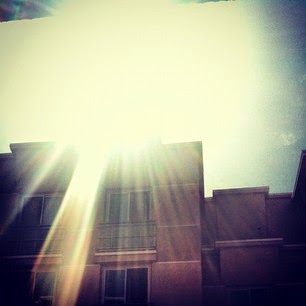 I have long struggled with this bit of scripture. How could it be that God, who is love (1 Jn. 4), can arbitrarily assign love and hatred to two brothers on no ascribed merit beyond choice?

Two primary ideas have been derived from this bit of scripture. The first, famously, is that people are “predestined” on an individual basis for either heaven or hell. While this idea has lost popularity in public circles, it maintains a high degree of acceptance in the hallowed halls of academic theology, particularly within the Calvinistic traditions.

The second, related to the first, ascribes that same principle of selection to people groups as well as individuals. However, most scholars who purport this reading also, and by necessity if they are Christians, adhere to the notion of “dispensation,” by which is meant that in various “epochs” or eras, God has chosen different people. This notion derives itself from some combination of anti-semitism, manifest destiny, and Christian supersessionism, becoming in a circuitous fashion the doctrine by which each of these notions are supported. We tend to do that: create doctrine out of our prejudices and then use that doctrine to support our prejudices.

These ideas come from a particular reading of Romans 9 which understand Paul’s argument to be that the Jews have been rejected as God’s people due to their unbelief in Jesus and complicency with Roman efforts to execute him. However, such a reading of Romans 9 fails to consider what is meant by the passage Paul is quoting: Malachi 1:3.

Malachi 1 begins the prophecy of destruction against Edom. But before the (in)famous declaration of selection between Jacob and Esau, verse 2 begins with a declaration of love by YHWH towards his people- “I have loved you, declares YHWH.” But verse one finishes with a rebuttal- “But you have said: ‘How have you loved us?'”

It is within the context of God’s declaration of love and the bitter questioning of a people in distress that the famous proof text for predestination is offered. God’s selection in this case is not arbitrary- the passage goes on to explain how God’s love is not being received because the people are not acting in love. It seems to paint an unusual picture of God’s interaction with God’s people that hinges more entirely on the action of the people than on the love of God. See, the text contends that God’s love is ever present, but that it is ignored by people who do not love in return. The verse in 1 John 4 that reads “We love because he first loved us” compels us to maintain the initial act of love as originating from God, but in Malachi and elsewhere we find the pivot point to be the response of love.

What is often overlooked or just plain ignored is the fact that in Malachi 1 Jacob represents the nation of Israel and Esau represents the nation of Edom. The text is not referring to individuals. It is referring to nations whose identities are tied to etiological characters who share a common ancestor; both nations are children of Abraham. Yet the text is clearly of the persuasion that the coming judgement on Edom (!) is not a result of a lack of God’s love, but of the failure on the part of the people to return God’s love appropriately.

This observation dispels two misconceptions. The first is the idea that God picks certain people and rejects others. Based on research of the alleged passages that support this claim, I contend that that claim is not consistent with the bible. Instead, I think it is a symptom of the same inclination that leads us to construct doctrines out of/that support our prejudices. It is easier to treat a person unlovingly if you can believe that you were selected for love but she was not. The same is true of gospel proclamation: if you can convince yourself that God picks some and not others, then you have a harder time convincing yourself to tell them about how they might or might not be picked. I have heard several times that the doctrine of predestination does not remove the need for telling others about Jesus, because we do not know who is picked and who is not. But even though that would be true, it still removes incentive to call others into the world redeeming life of Jesus.

Finally, the notion of dispensational supersessionism mis reads Romans 9 because it has not read Malachi 1 to be an exposition on what it is to love within the context of judgement. Instead, driven by the desire to become the biggest, best, most loved, favored, etc, nation, it has ignored Paul’s adamant assertion that Christ becomes the means by which the people of God is enlarged, not reduced. Jesus, the Messiah of Israel, did not come to cut Israel as a nation off (I know you’re thinking of Romans 11, but read that passage carefully- it does not say that the tree was cut off, but only some branches) but to become the means for covenant participation for the rest of the world. Christ does not remove Israel from the covenant, but rather includes the gentiles in the covenant.