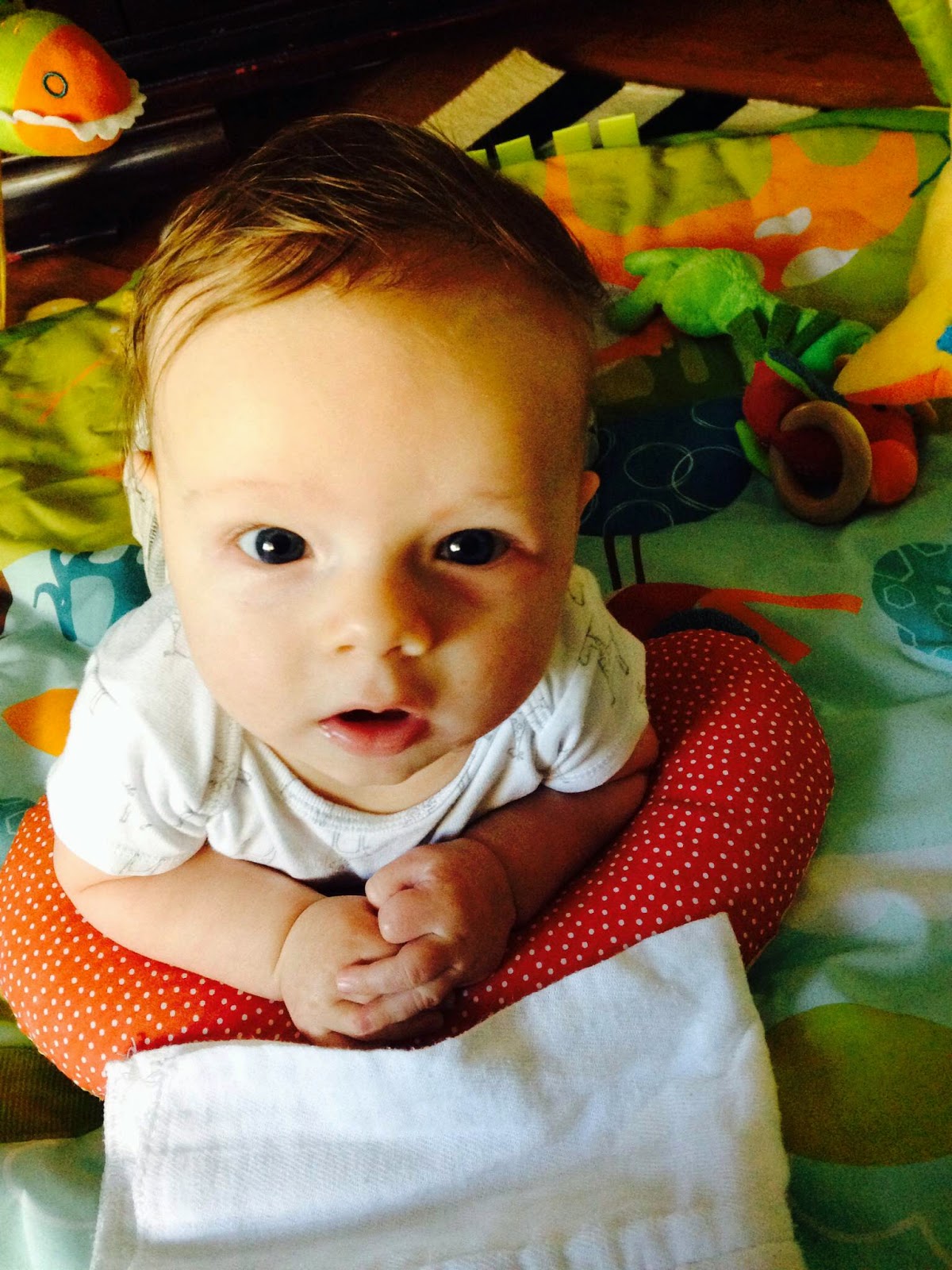 I’m a new father. My 3 month old son is a constant source of entertainment and challenge, and over the weekend I started thinking about the analogy of God as a loving father. There is something about the analogy that doesn’t quite fit when it all is put together. I know that analogies only hold up so far, but this is one that seems to have been given ultimate congruence with reality, and I’m not sure that is appropriate. Here’s why:

As a father, I know better than my son what is best for him. At times, I cannot give him what he wants because it will not be good for him- we are in the process of letting him learn to sleep by himself right now, as object permanence is developing in his mind. As much as he wants to be held in order to fall asleep, when he wakes up he will be hysterical if we put him down. This will prevent him from getting the sleep he needs, as well as keep us from getting the sleep we need to care for him appropriately. Or, if he wants to eat when his belly is full in order to go to sleep, he will overeat and throw up the food that is already in his stomach, and then still not get the sleep he needs either. It is a difficult thing to care for a child against his wishes, but this how God cares for us at times. And to this point, the analogy holds.

But where it begins to break down is when we move beyond training and into protection. I love my son, and as much as it is within my power I will not let anything life threatening or dangerous happen to him. I will not let him play with electrical outlets or the burners on our stove. But eventually he will have to learn about these things and understand the pain that can be caused by them. Eventually I will stop telling him not to touch (when he is much, much older, of course. Like 25. Then I’ll let him touch the burner…), and if he hasn’t figured it out by then, he will get burned or shocked and learn why I told him not to play with those things for all those years. But I will not let him, as much as it is within my power, play on the train tracks, or run into traffic, or try to pet lions. When he gets older, I hope to have taught him the dangers of heroine, or cocaine, or alcohol abuse. And I will not stand by and let him kill himself. And here the analogy breaks down, because I am not all-powerful. I cannot keep my son from doing things that will cost him his life, despite my best efforts.

But we say that God is all-powerful. The only way my son is going to die as a child is if I am unable to prevent it. That is a possibility because I am not all-powerful. When he is an adult, I will not be able to prevent him from making life ending choices because I will not be with him all the time. But we say that God is with us all the time. He could end his life when I am not looking. But we say God sees all.

And this is where God is not a father like me. I will let my child experience difficult and painful things in order that he may learn and grow and become a person of character, but character is irrelevant to a dead person. While I understand that my capacity for love, for understanding, for goodness is finite, I can’t accept without critique the idea of God as a loving father, because I’ve known far too many people who have taken their own life, or have died of accident. Even accidents can be understood as being God’s time for that person to die, but suicide does not fit into that for me.

There seem to be two obvious choices in light of what I’ve just said: first, we have to say that either God is not all powerful or all loving. OR, we need to adjust our perspective of who God is to match both what the bible tells us about God as well as what we experience in life.

So I wonder, then, if we might do well to re-evaluate our talk of God as father, because there is more to it than that. I’m not prepared to suggest that God is limited in power or love, but I do think we need to reconsider the limits of reality that we construct around God. We need to change the way we talk about God. We then need to change the way we imagine ourselves and our relationship to others…